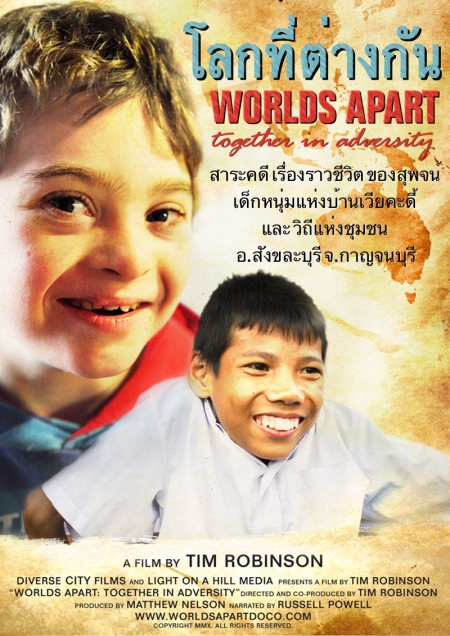 The Worlds Apart crew heads off to Thailand this month for a series of documentary screenings; from Bangkok to the small jungle village of Huay Malai.

The film was translated by a group of volunteers from Thai Christian Fellowship, Liverpool. After many long sessions in the recording studio the translations were complete, and the film ready for its debut in Thailand. END_OF_DOCUMENT_TOKEN_TO_BE_REPLACED

Sydney out in Force for Preview 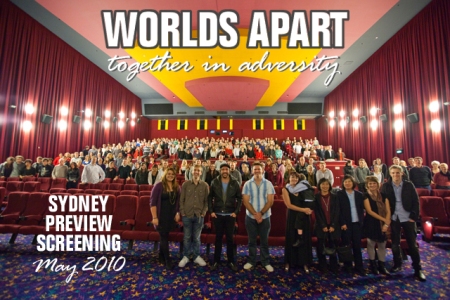 Event Cinemas, Castle Hill, hosted a special preview screening of WORLDS APART on the 29th of May. The 270 seat cinema was sold out during the week leading up to the screening so an upgrade was made to the 450 seat Senstadium. It was a great turnout with 400 people in attendance.

“I was really excited for this screening as none of my friends and few of my family had seen the film. For me, the film was about to take life!” – Tim Robinson (Director)

END_OF_DOCUMENT_TOKEN_TO_BE_REPLACED

.
On Saturday, a special preview screening of ‘WORLDS APART’ was held in Toowoomba at Birch & Carroll Cinemas. The exclusive event was opened by Toowoomba’s official Town-Crier, Ralph Cockle with the sound of his bell and a hearty “Hear ye! Hear ye!”

150 special guests attended the event including representatives of care organisations and local residents that featured in the documentary. Toni Mitchell (pictured) was featured in the film as the Mother and full-time carer of Joshua (pictured), who was born with Down Syndrome.
.

“I was very nervous about having our lives being put into the public eye but… it was a great documentary. Josh had an awesome time watching himself and those he loves on the big screen” Toni Mitchell

END_OF_DOCUMENT_TOKEN_TO_BE_REPLACED

Toni and Tim on Vision Radio

On a recent trip to Toowoomba, ‘Worlds Apart‘ director, Tim Robinson, was interviewed by the Rheema and Vision radio networks. Stars on the doco, Toni and Josh Mitchell, were also there to speak about their involvement in the film.

END_OF_DOCUMENT_TOKEN_TO_BE_REPLACED

Russell Powell is a journalist who has worked in the Australian media for 30 years. Most recently he was the senior Presenter at the ABC’s NewsRadio network. END_OF_DOCUMENT_TOKEN_TO_BE_REPLACED

Shooting concludes with a parade!

Josh takes part in the parade

No, it wasn’t the crew wrap party but a parade to celebrate the Carnival of Flowers in Toowoomba. Toni and Josh Mitchell took part in the Disability Action Week float and our crew was there to capture the moment. END_OF_DOCUMENT_TOKEN_TO_BE_REPLACED